Flexible matters needing attention in the manufacturing process of PCBA 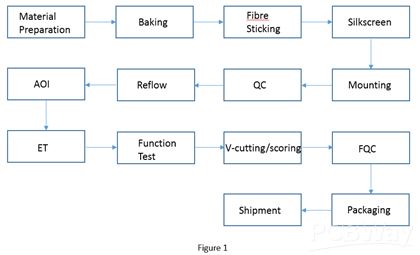 The characteristics of flexible PCB assembly:

At present, the price is relatively higher than that of rigid flexible PCB PCB. From the point of view of the product cost, the most flexible PCB is only used for the connection between the different functional modules. On the flexible PCB assembly components few in number, distribution density is low, usually less than 50 components or even two connectors.

Flexible PCB is mainly used in mobile phones, digital cameras and other light, small, thin, electronic products. Its single flexible PCB area is not large, and single flexible PCB components of few in number, so in order to improve the efficiency of assembly, most factories would choose to use a panel. After assembly, the flexible PCB with different functions will be through the v - cutting or v - scoring separation.

High demand on the quality of products:

Due to flexible PCB in requires repeated bending and precision control is often used in the environment, the assembly on the component must be able to meet the requirements of its working environment, so in flexible PCB assembly quality requirements such as cleaning, anti - static measures and reliability of the welding is usually much higher than the general rigid PCB. In addition, at present, with the implementation of lead-free technology, flexible circuit board assembly is also more and more challenges.